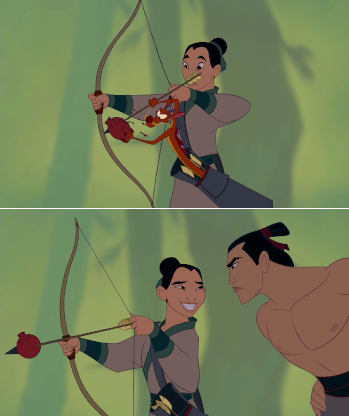 Um...it's Not What It Looks Like?
Preserver: How could I ever think trash like you was worth saving?
Lobo: I got a cute smile?
— Superman: The Animated Series

So you're a prankster or villain whose prank or Evil Plan has been exposed. Everyone is giving you a Death Glare, and you know you're in serious trouble. What do you do? You put on a big smile to save a little face. The more disgraceful or outright evil your plan was, the more likely this is to fail, and for Laser-Guided Karma to come a-knockin'.

The Not-So-Innocent Whistle is an alternative to this kind of situation. Broken Smile may overlap if the smile starts as genuine. Related to Cheshire Cat Grin.