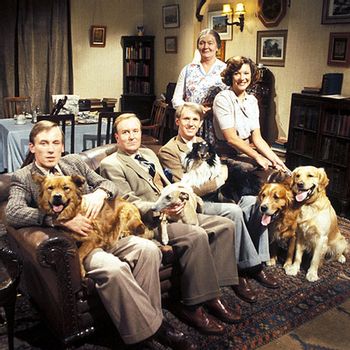 They're rather fond of animals.
Advertisement:

All Creatures Great and Small is a British TV series, based on James Herriot's books about his life as a veterinarian in North Yorkshire in the 1930s and beyond. Produced by The BBC, the show ran from 1978 to 1980, had two Christmas Episodes in 1983 and 1985, and came back to run from 1988 to 1990, concluding with another Christmas Episode.

Not to be confused with the 2020 adaptation of the same name.