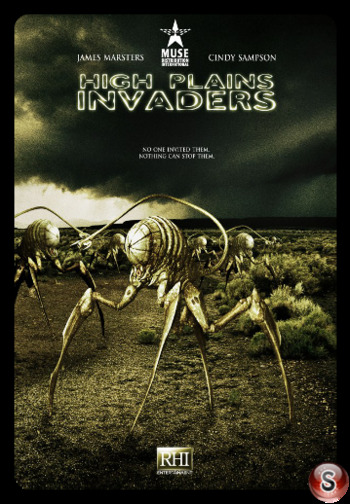 High Plains Invaders is a 2009 science fiction television film that aired on the Syfy Channel. It is the 21st film of the Maneater Series. The film stars James Marsters.

Sam Phoenix is about to be hanged for his crimes, when his execution is cut short by the sudden invasion of enormous and deadly insectoid creatures. As the body count rises, it is up to Sam to lead the terrified townsfolk to safety before they are hunted to extinction.