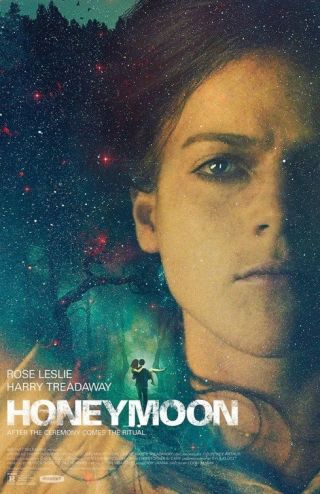 "Before I was alone, but now I'm not."
Advertisement:

A newlywed couple, Bea and Paul, are off to start their new lives together, beginning with a honeymoon at Bea's family cabin. Everything seems perfect, as the two of them are alone in the woods together, with almost no one around for miles... Except Bea is acting a little bit strangely, all of the sudden, starting with some uncharacteristic sleepwalking through the woods...