Film / He's Just Not That into You 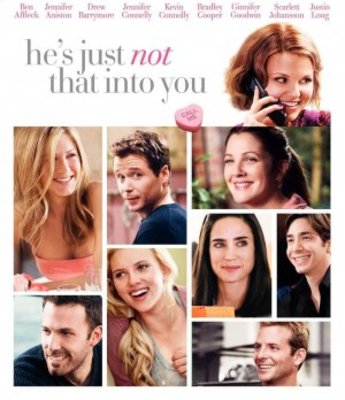 He's Just Not That Into You is a 2009 Romantic Comedy/Dramedy film directed by Ken Kwapis and Based on an Advice Book. The Ensemble Cast includes Ben Affleck, Jennifer Aniston, Drew Barrymore (who was also one of the producers), Jennifer Connelly, Kevin Connolly, Bradley Cooper, Ginnifer Goodwin, Scarlett Johansson, and Justin Long (among others).

The movie is different from your typical romantic comedy in that it features not one, but four storylines going on at the same time, with snippets of people on the streets giving relationship advice on various topics.

The film is set in Baltimore and consists of these four story-lines: