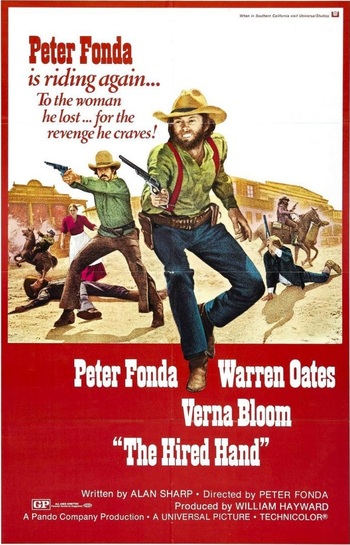 The Hired Hand is a 1971 American Western film directed by Peter Fonda, and starring Fonda, Warren Oates, and Verna Bloom.

Harry Collings (Fonda) has drifted from job to job throughout the American Southwest for seven years, alongside Arch Harris (Oates). One day, Collings decides to return to the wife he left before, Hannah (Bloom), and the embittered woman only lets him stay if he agrees to move in as a hired hand. Problems arise when an enemy from his travels interrupts his life.