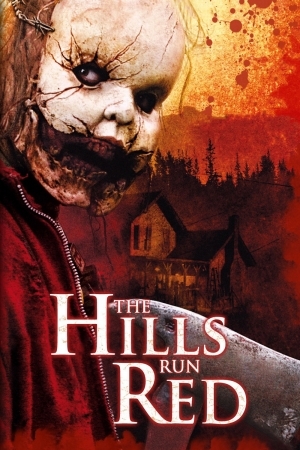 They also may or may not have eyes.
Advertisement:

Back in The '80s, one Wilson Wyler Concannon (William Sadler) directed a horror movie called The Hills Run Red, which had a short run at the theaters before it was pulled for being too gory, and eventually became lost. Years later, a man named Tyler (Tad Hilgenbrink) intends to find the film, and make a documentary about it. He ventures into the movie's filming location together with his girlfriend Serina (Janet Montgomery), his best friend Lalo (Alex Wyndham) and Concannon's daughter Alexa (Sophie Monk), and discovers that someone is killing in the movie's name.