Film / The Hills Have Eyes 2 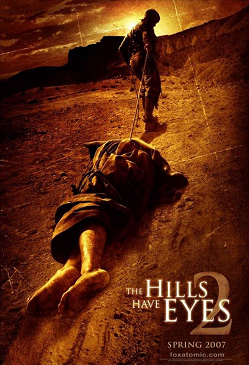 The 2007 sequel to the remake of The Hills Have Eyes starring Jessica Stroup and Daniella Alonso.

A group of National Guard trainees are sent on a mission to the desert where they encounter another batch of irradiated mutants, who are in need of healthy breeders.