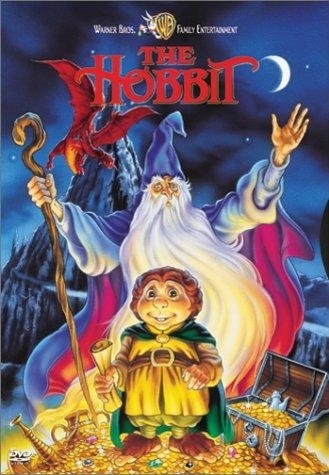 "Far o'er the Misty Mountains cold
To dungeons deep and caverns old...
We must away, ere break of day
To seek the pale, enchanted gold!"
Advertisement:

The Rankin/Bass adaptation of The Hobbit has an animesque style similar to their adaptation of The Last Unicorn. It might have to do with the fact it was animated by Topcraft, which would later make Nausicaä of the Valley of the Wind. It also had a number of Celebrity Voice Actors, including John Huston as Gandalf.

Released for television in 1977 and followed up by R-B's adaptation of The Return of the King.

Smaug boasts to Bilbo Baggins about how great and magnificent he is.

Smaug boasts to Bilbo Baggins about how great and magnificent he is.