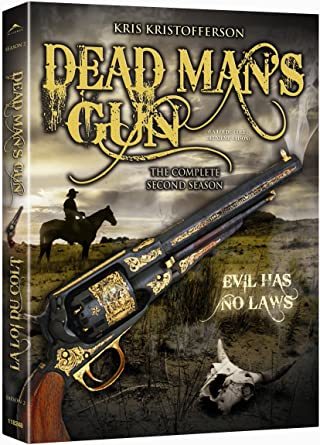 Dead Man's Gun was a western anthology series that ran on Showtime from 1997 to 1999. The series followed the travels of a gun as it passed to a new character in each episode. The gun would change the life of whoever possessed it. Each episode was narrated by Kris Kristofferson. The executive producer was Henry Winkler.

Dead Man's Gun is about a pistol forged in hell which brings sorrow into the lives of those who possess it. Each week, a different guest star would have the gun come into their possession in one way or another; usually they end up dead. In a similar fashion to The Twilight Zone, there are often twist endings to the stories.