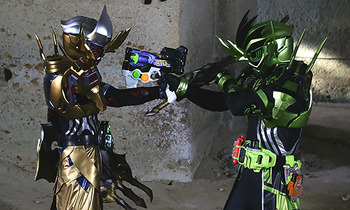 This is true power, true strength! Let your fear carve my name into your skull, the name I share with this weapon: Gamedeus Cronus!