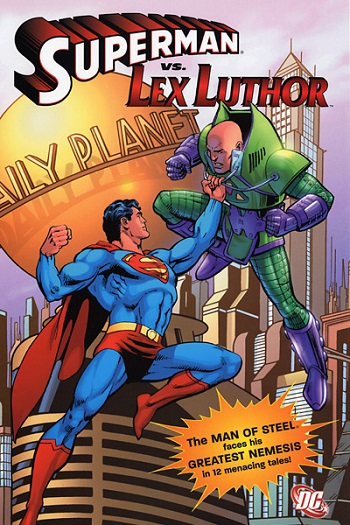 He's the Man of Steel, not the man in steel.
Advertisement:

There are many, many, many, many ways to make the difference between heroes and villains obvious. One of the many tricks is to put the villain in armor, but not the hero facing him.

One of the main reasons is making said villain a Tin Tyrant, but there may be other possibilities behind it: