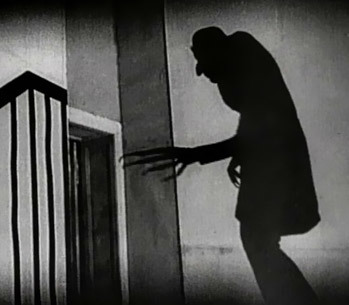 Characters and monsters (or both) have a little extra creepy added to them when they have longer than average fingers. They don't even have to be a foot long, the Uncanny Valley can make even just slightly longer fingers off putting. This is one reason Femme Fatalons which lengthen the apparent size of fingers can invoke this effect, as can actual claws.

These characters are likely to use their big hands in expressive ways, whether subtle or overt, and comparisons to skeletons and spiders are common. They'll usually gesticulate with surgeon like precision or herky-jerky motions. Outright inhuman creepy long fingers may have extra knuckles or Freddy Krueger style finger attachments that can double as weapons.

The one big drawback to using this trope in live action media is that human actors are unlikely to be able to handle extra knuckles or delicate motions, which is why animatronics and CGI fare better. Actors with these finger extensions are usually limited in their range of hand motions, being unable to make a fist, wield guns or more generally grasp thin objects.