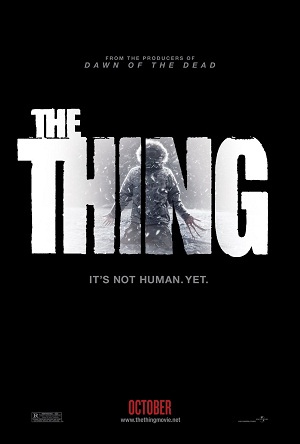 "Somebody was attacked!"
"But it seems... everyone is fine..."
Advertisement:

This film is a prequel/remake to John Carpenter's classic The Thing (1982), which focuses on the Norwegian camp that discovered the shapeshifting alien creature first.

Like the other movie, a house based on the film was featured in the Halloween Horror Nights of 2011.

This prequel provides examples of: