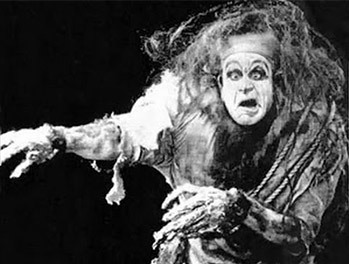 The very first film adaptation of Mary Shelley's Frankenstein, made by Thomas Edison's production company and released in 1910.

During his tenure at the college, a fellow named Frankenstein creates a living creature. Due to the evil in his mind, the resulting creation is a monster, which proceeds to stalk him and his bride.

The film is in Public Domain, and can be viewed here