Western Animation / Rise of the Guardians 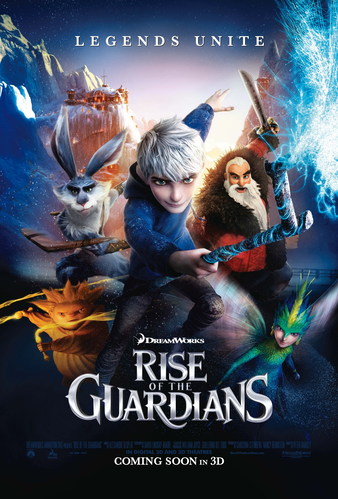 Rise of the Guardians is a 2012 animated action-fantasy film from DreamWorks Animation. The film acts as a sequel (albeit in Broad Strokes) to William Joyce's The Guardians of Childhood series, and features many of its characters (albeit with altered designs). As in the books, popular mythological characters such as Santa Claus, the Easter Bunny, the Tooth Fairy, The Sandman, and Jack Frost co-exist with the real world, having sworn under the Man in the Moon to protect childhood around the globe. However, as Pitch Black, also known as the Bogeyman, threatens to spread the power of his evil nightmares, the Guardians must unite and fight against their greatest threat.

Not to be confused with Legend of the Guardians: The Owls of Ga'Hoole. This movie is also the final DreamWorks Animation film to be distributed by Paramount Pictures; their next films would then be distributed by 20th Century Fox, and then after NBCUniversal's acquisition of the company, Universal.

A sequel was planned but was scrapped after the film underperformed in theaters.