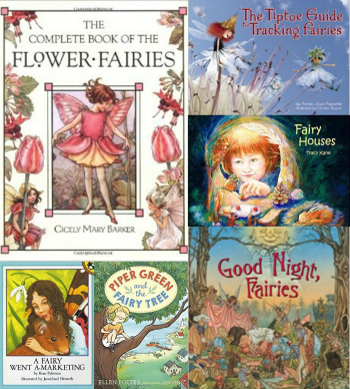 This index is for works that focus on fairies, pixies, and sprites. A work just having a fairy does not qualify. The fairy must be one of the main characters, the main threat, or otherwise central to the plot. Such works will invariably include one or more Fairy Tropes. Works that feature the Land of Faerie as a significant part of the setting also qualify.
Advertisement:

Also see the related indexes Dragon Works, Elf Works, Genie Works, Goblin Works, Leprechaun Fiction, Mermaid Media, and Unicorn Works. Not to be confused with Fairy Tale, which, despite the name, does not always feature fairies.