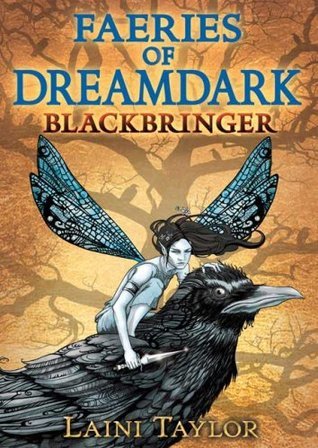 In Blackbringer, Magpie Windwitch, a young fairy, has found herself as one of the last demon hunters, trying desperately to put back in bottles the monsters that humans have been letting out by the boatloads. It doesn’t help that most of the fairy world has hidden itself away behind enchanted hedges and isolated cities. When an entire town simply disappears with no evidence of trouble, it’s clear the latest terror stalking the fairy world is something altogether different. Leaving Magpie and her friends as the only ones capable (or willing) to stop it.

In Silksinger, Magpie, Talon, and the crows continue searching for the dreaming Djinn, with the help of Batch Hangnail. Meanwhile, Whisper Silksinger journeys desperately, trying to return the Azazel to his throne and fulfill the duty of protecting the Djinn that her clan has performed for thousands of years. She soon crosses paths with Hirik, a lad with a secret deeper than his desire to be the Azazel's new champion.