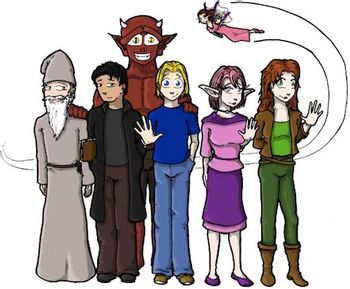 is a webcomic about the adventures of Mike Cosley, an Ordinary High-School Student who finds a portal to a fantasy world in his closet. He ends up going to college at the prestigious Bardsworth Academy to learn magic. A fun family-friendly webcomic.

The author is writing a prose version of the story, Bardsworth University. There are two volumes out thus far.