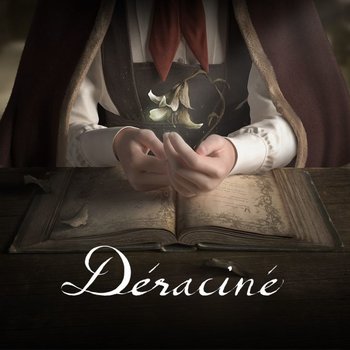 Every new faerie gets a little gift

Déraciné is an Environmental Narrative Game with light puzzle elements, developed by FROM Software and SIE Japan Studio, and released by Sony Entertainment in November 2018 for Playstation 4 VR.

Its premise is that in the countryside, a group of young children are raised by the headmaster of an old boarding school. One of these children, a girl named Yuliya, can talk to faeries, and a new one has recently arrived at the school. The Kind Faerie goes around the school, helping and playing with the children, but it soon becomes apparent that there is something odd about the inhabitants of this school. The headmaster seems obsessed with the past, trying to undo some mistake he made.. One of the children has a wounded leg, said to have been hurt several years ago and have yet to recover, and no-one except the Kind Faerie seems to acknowledge Yuliya's presence.