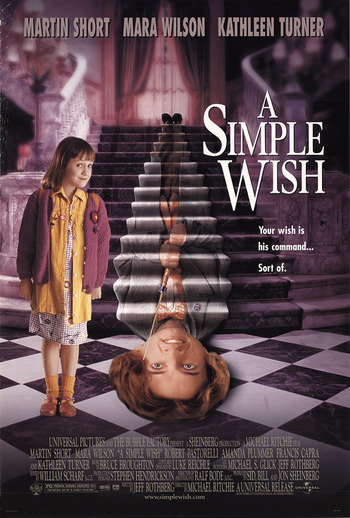 Anabel made a wish. Murray made a mess.
A 1997 fantasy comedy film staring Martin Short, Mara Wilson and Kathleen Turner. The film about a bumbling male fairy godmother named Murray (Short), who tries to help Annabel (Wilson) fulfill her wish that her father, a carriage driver, wins the leading role in a Broadway musical.