Literature / The Fey and the Fallen 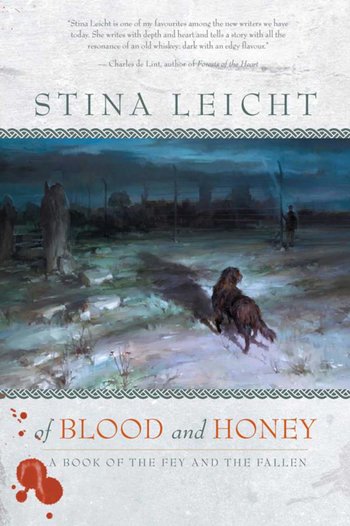 The Fey and the Fallen is a two book Urban Fantasy/Historical Fantasy series written by Stina Leicht that takes place in Ireland during The Troubles.

After his wrongful arrest and traumatizing stay in prison, sixteen year old Liam discovers that he has supernatural abilities, including the ability to shapeshift and convince' people to leave him alone. Unbeknownst to him, this is because his birth father, Bran, is a Puca and Fianna— a faerie warrior, a fact hidden from him by his mother Kathleen, who fears what danger the knowledge would bring.

The fey are at war with the Fallen, angels who fell from Heaven, as they try to invade Faerie and Earth. Now Liam is in danger not only from the growing tensions between the British and the IRA, but also from his father's enemies who would gladly strike at him to get to Bran, as well as the Catholic church's monster hunting sect who can't tell the fey apart from demons.

The first novel covers several years of Liam's life as he tries to start a family in increasingly dangerous times. The second follows Liam and Father Murray as they try to make peace between the The Order of Milites Dei and the Fianna.