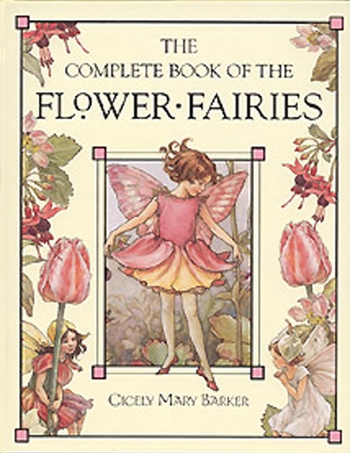 The World is very old;
But every Spring
It groweth young again,
And fairies sing.
— Flower Fairies of the Spring

The Flower Fairies is a collection of illustrations by Cicely Mary Barker, which feature in a series of children's books, often accompanied by poetry. The drawings are Pre-Raphaelite influenced, and notable for their botanical accuracy.

The Flower Fairies themselves are small, childlike fairies, often with butterfly-like wings. Cute and sweet-natured, if occasionally mischievous, they are each associated with a different flowering plant, and dressed to resemble that plant.

More information about the Flower Fairies, including illustrations of the fairies and a biography of the author, can be found on their official website

The Flower Fairies provide examples of: