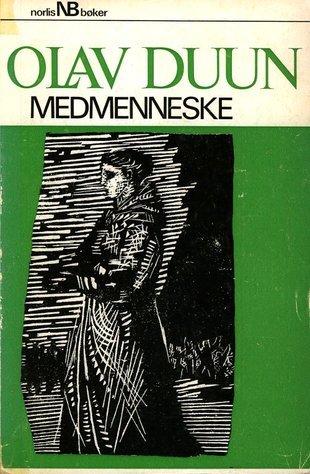 Fellow Man (Medmenneske) is a novel written by Norwegian author Olav Duun in 1929.

The book tells the story of Ragnhild, a farmer´s wife in the area of outer Trøndelag, Norway, at the turn of the nineteenth century. Ragnhild is almost Too Good for This Sinful Earth, and cares for her fellow men. This comes with a price tag, because of her father-in-law, Didrik. He is a Manipulative Bastard who always double-crosses his son Hakon, and thwarts every plan Hakon has. Didrik is set on "having his rights", and stops at nothing to get them. He is constantly into legal process, and is justly disliked by a number of the other farmers. But as he always seems to know something about them, he has some power, and is left alone.

Ragnhild tries really hard to make Hakon and Didrik get along. Hakon has no illusions in this respect, but Ragnhild tries anyway. It turns nasty when Hakon is pushed so far, he threatens to handle his father violently if Didrik doesn´t stop. When Didrik confronts Ragnhild in the smithy, threatening her with legal action because of a will, and even pushing her personal borders, she uses an axe against him, hewing him down. Later, she states that she did this for two reasons: To protect her husband from doing the same, and because Didrik "was not human anymore".

Ragnhild gets a sting of conscience afterwards. It gets worse when Hakon does not protect her, and she decides to give herself up, because he wasn´t the man she thought he was.

Duun later wrote two sequels, telling the story of Ragnhild when she returned from jail, and her later years. The story became a classic psychological thriller, because it described sociopathic behaviour in a rather direct way.