Literature / Fluke, or, I Know Why the Winged Whale Sings 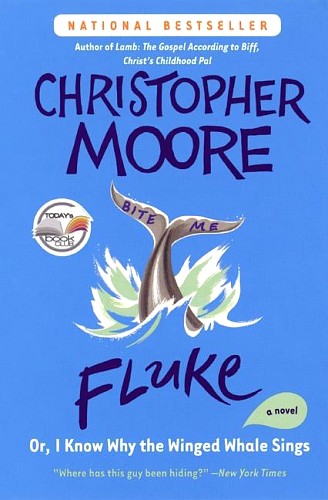 A Christopher Moore novel that came out in 2003.
Advertisement:

A marine biologist named Nathan Quinn discovers a whale with "BITE ME" on its tail fin. He sets out to investigate the cause of this mystery and ends up getting tangled in the affairs of monsters and the like.