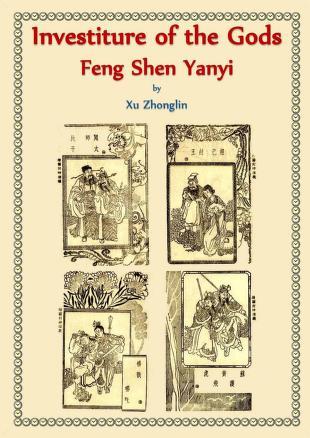 Variously titled Fengshen Yanyi or Fengshen Bang in Chinese, Hōshin Engi in Japanese, and Investiture of the Gods or Creation of the Gods in English, this novel is a heavily mythologized account of the overthrow of the Shang Dynasty by the Zhou Dynasty in the 11th Century BC. Also, just like Romance of the Three Kingdoms and Journey to the West, it contains 100 chapters.

The major arcs of the book can be separated into a few parts:

As one can expect from a story as large as this, the Fengshen Yanyi contains far too many heroes and side characters to count and plenty of back-and-forth betrayals, executions, and skulduggery.