Literature / Into the Heartless Wood 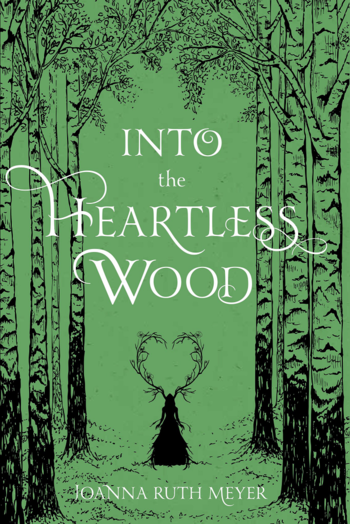 Into the Heartless Wood is a 2021 fantasy novel by Joanna Ruth Meyer.

The forest is a dangerous place, where siren song lures men and women to their deaths. For centuries, a witch has harvested souls to feed the heartless tree, using its power to grow her domain.

When Owen Merrick is lured into the witch's wood, one of her tree-siren daughters, Seren, saves his life instead of ending it. Every night, he climbs over the garden wall to see her, and every night her longing to become human deepens. But a shift in the stars foretells a dangerous curse, and Seren's quest to become human will lead them into an ancient war raging between the witch and the king who is trying to stop her.