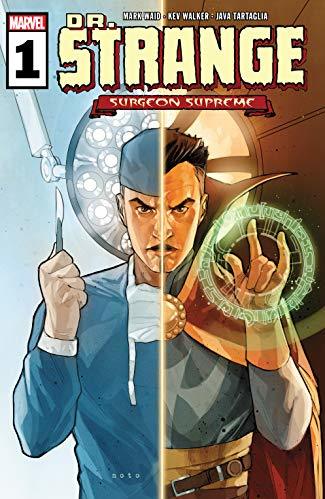 You can trust him. He's a doctor and a sorcerer.
Advertisement:

There are characters who study the sciences and there are those who study magic. A Science Wizard is a character who is skilled in both. Normally magic and science are treated as two opposing forces but it should be noted that magic itself is usually a skill in fiction that people can learn if they dedicate themselves to it similar to scientific fields.

This can be justified in-universe by treating magic itself as a sort of science. In that case, it usually crosses over with Omnidisciplinary Scientist. If the magic is Sufficiently Analyzed Magic, this trope could also apply.

A Science Wizard can be expected to be a Badass Bookworm due to the combat applications magic often has in fiction.

Not to be confused with Techno Wizard, someone whose feats with technology merely seems wizard-like without delving into anything magical. Contrast Magic Versus Science, Science Destroys Magic and The Magic Versus Technology War. See also Magitek, a common result of this practice and Boxing Lessons for Superman, where a character learns mundane skills to improve their supernatural abilities.