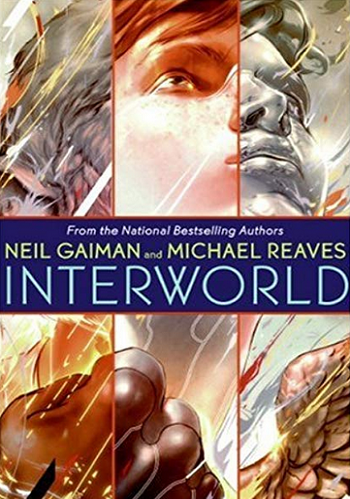 A 2007 Science Fiction novel by Neil Gaiman and Michael Reaves about Joey, a boy who finds out the hard way that he is a "Walker", meaning he can jump between the many alternate universes. The good news: no Evil Twin. The bad news: not one, but two Evil Empires trying to take over the multiverse. Long story short, Joey ends up joining an inter-universal army whose mission is to keep neutral realities safe in the war of Magic Versus Science.
Advertisement:

The sequel was released April 23, 2013, and was name Interworld: The Silver Dream. It revolves around Joey Harker once again, however he and his team meet a mysterious girl, who calls herself Acacia Jones. After going on a mission to save a new Walker, and retrieve data from the clutches of Binary the plot thickens.