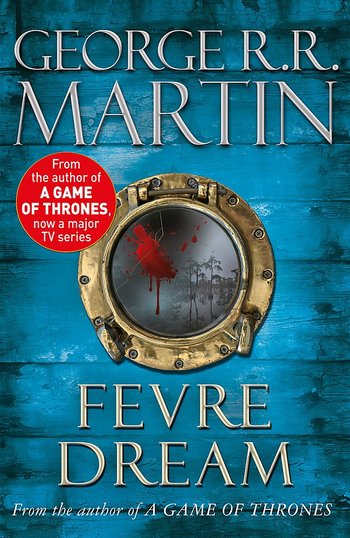 Fevre Dream is a 1982 Historical Fiction Vampire Fantasy/Horror novel by George R. R. Martin, taking place on the Mississippi River during the golden age of steamboats.

The story begins with Abner Marsh, the owner of a small steamboat company, entering into a partnership with Joshua York, a mysterious stranger who helps him create the greatest steamboat on the Mississippi River, called the Fevre Dream. After the pair set sail on their maiden voyage, Marsh becomes frustrated with York's eccentric behavior, such as only coming out at night and making unscheduled stops in places where people have recently gone missing. As Marsh investigates further, he discovers dark forces at work along the river.

The novel is notable for its unconventional take on traditional subject matter as well as the copious amount of detail put into the setting.

Not to be confused with the Preston & Child novel Fever Dream.