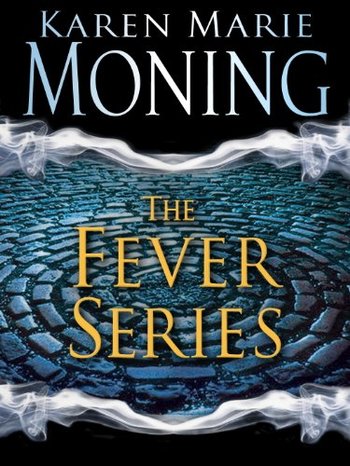 The Fever Series is an Urban Fantasy series by Karen Marie Moning. It stars Mackayla "Mac" Lane, an ordinary young woman who is thrust into a world of magic after the murder of her beloved sister. Determined to bring the killer to justice, Mac soon finds out that not only was her sister not who she thought she was, but neither is Mac herself. The series was initially comprised of five books, which later grew to 10, with 11th planned to be published in January 2021. They are: