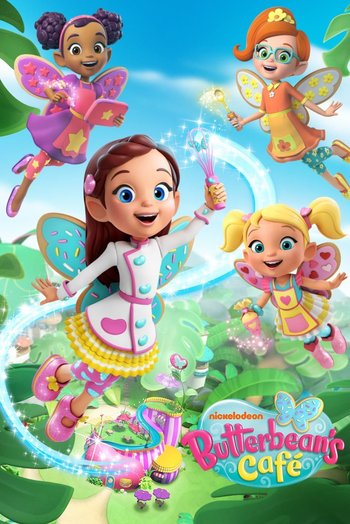 The main character is a fairy named Butterbean who runs a cafe in the small town of Puddlebrook with her friends Dazzle, Jasper, Poppy, and her little sister Cricket. Across the brook lives a greedy, competitive Card-Carrying Villain named Ms. Marmalady, whose cafe was originally the only one in town until Butterbean opened hers, and is constantly out to steal customers from Butterbean. She always ends up failing due to being a Lethal Chef, and Butterbean and her team's fairy magic and teamwork.

On October 15th, 2018, the episodes "Fluttercakes!" and "The Perfect Picnic!" were released early on the Nick Jr website and app. The series made its television premiere on November 12th, 2018. The first ten episodes of the series have been made available freely on Hoopla, a service available through a number of public libraries. Additionally, Nick Jr. rotates a free episode on their website and app once every week or two.

A second season was commissioned in June 2019 and ended in November 2020. The series moved to the Nick Jr. channel in late August of that year. It was not renewed for a third season and thus, got quietly cancelled.

With a flick of my wrist and a flutter of wing, this Tropes Bean will do its thing!