Proper Tights with a Skirt 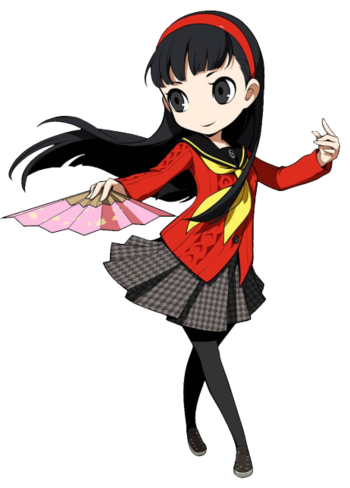 Comfortable, flattering and won't run even after a long day of fighting monsters.
Advertisement:

So, you have a female character, and you want her to appear prim and proper and feminine. It wouldn't usually (with few exceptions) give off the vibe you want for her to wear pants, and it would be difficult to have her fit in full dresses when all of your other female characters are wearing mini skirts.

The solution is simple — have her wear dark, opaque tights with a skirt. It's a great way to communicate her kind of personality.

This style of dress is particularly common in Anime with the Ojou and Yamato Nadeshiko. Compare with Modesty Shorts, which prevents Panty Shots for the Action Girl who wears a microskirt in action scenes. Contrasts with Zettai Ryouiki, which are usually employed to instead enhance the fanservice of the outfit, highlighting budding sexuality.

Note that when it comes to children, and especially school uniforms (except where School Uniforms are the New Black), this is so standard that no examples need to be given.