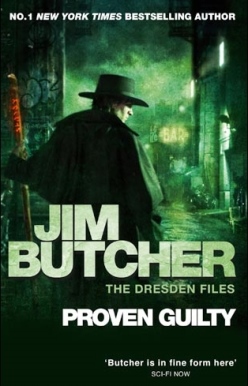 The One With… Harry's new job and all the movie monsters.

Dark magic is afoot in Chicago. Harry Dresden, now a Warden of the White Council, finds himself dealing with the politics of the magical world, learning where the mercurial Summer Court stands in the war between the White Council and the vampires, and investigating a series of attacks by creatures that feed on fear.

So having to make peace between his Holy Knight best friend's precocious teenage daughter and said knight's wife is probably not coming with the best of timing.

Proven Guilty is book #8 in The Dresden Files.