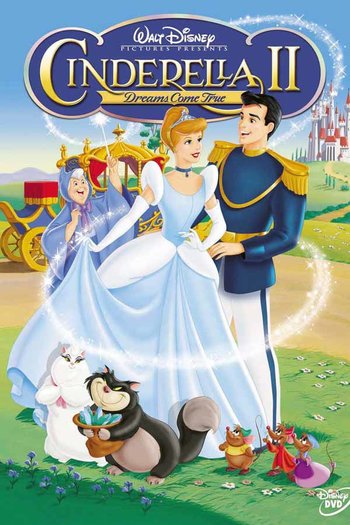 Cinderella: I still can't believe I'm going to live in a castle. Are you sure this isn't just a dream?
Prince Charming: You're a princess now. Princess Cinderella.

A 2002 Direct-to-Video sequel to the Disney Animated Canon hit Cinderella. This is a Compilation Movie of three stories, intended to be episodes for an aborted TV series, loosely tied together: