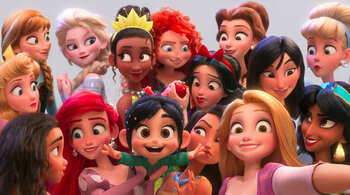 Even princesses love selfies!
An index of fictional works focusing on and/or starring princesses. To qualify, the princess(es) must be the main character, main villain, or otherwise central to the plot. A story just having a princess doesn't count. The princess(es) must also be an actual princess by birth or marriage. As such, honorary princesses also don't count towards this.
Advertisement:

Such stories will invariably make use of one or more Princess Tropes. Compare Magical Girl Genre Index, with which this can overlap.