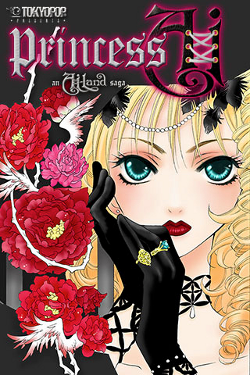 A young woman named Ai finds herself stranded on the streets of Tokyo, Japan, in the middle of the night with no memories whatsoever. The only valuable item she has from her past is her beloved heart-shaped box. Penniless and hungry, Ai wanders the streets of Tokyo, trying to figure out how she ended up in this place. She soon meets an aspiring young rocker/musician named Kent, who shares her passion for music. She later finds work at a nightclub called Club Cupid, and from there on, her singing talent wins her a ticket to fame and fortune. But the life of a rich and famous rockstar diva isn't what it's cracked up to be. First talent agents, and later demons from her home world, seek out Ai to destroy her fame... and Ai herself.

The manga series is a collaboration between Courtney Love, Ai Yazawa, Misaho Kujiradou and Stu Levy. It is licensed by Tokyopop.