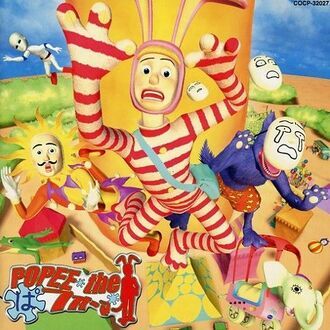 This is just scratching the surface of the insanity to come.
Popee the Performer is a 2001 children's anime and directorial debut of Ryuji Masuda, who would later go on to create Mr. Stain on Junk Alley and Funny Pets. Set in a circus in the middle of the desert, the show's 39 episodes (and a special) chronicle the antics of a small cast of characters consisting of:
Advertisement:
Advertisement:

This series performs examples of:

This 2001 CGI anime is quite the product of it's time.

This 2001 CGI anime is quite the product of it's time.