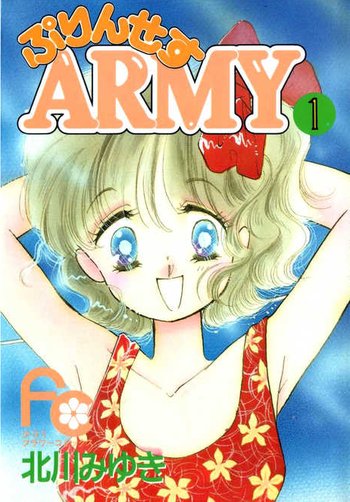 Eleven years ago, Nonoka Aida played a trick on a drunk man. However before the man had a chance to assault her, she was suddenly protected by a boy around her age. He incapacitated the drunk using judo before disappearing just as quickly as he had appeared.
Advertisement:

Princess Army is the story of Nonoka's continued quest to discover the identity of her childhood savior and, ideally, fall in love with him. Along the way, she finds herself tangled in the drama of the school's up-and-coming judo club - being the daughter of two famed judoka herself, the club members believe she could be their key to stardom.