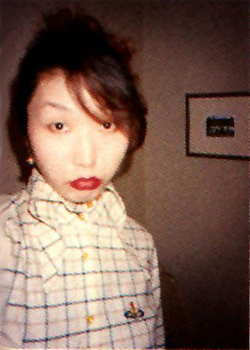 Ai Yazawa, born March 7, 1967 in Hyōgo Prefecture, Japan, is a Japanese shojo and josei manga author. Yazawa started her manga publishing life in 1985, and has written over 10 series for Ribon magazine. She studied in a fashion school but later dropped out, which is perhaps the most obvious influence on her work. Her pen name comes from Japanese singer Eikichi Yazawa, of whom she is a fan.

In June, 2009, it was revealed that Yazawa had contracted a sudden illness, and had to be sent to hospital for treatment, putting Nana on hiatus. She returned from the hospital in April, 2010, although has yet to reveal when or if she will be continuing the Nana manga serialization.

Her works in chronological order:

Tropes common across many of her works: