Literature / From the Notebooks of a Middle School Princess 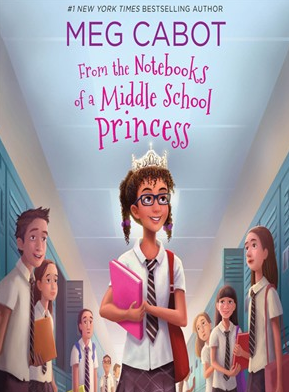 From The Notebooks of A Middle School Princess is a Spinoff Series by Meg Cabot of The Princess Diaries.
Advertisement:

Olivia Grace is a Cheerful Child, who thinks her father is an archaeologist while she lives with her aunt and uncle. She loves to draw, talk to her friend Nishi, and read. Worried about her family moving to Qalif and being only "average", things only get worse when Alpha Bitch Annabelle threatens to beat her up for being a liar, only Olivia has no idea what she's talking about. Annabelle reveals that she knows Olivia is another Princess of Genovia, which even Olivia doesn't know. Then a lady from a limo steps up, stops the fight, and whisks Olivia into a new world. This lady happens to be Princess Mia, and she shows Olivia that the latter is more than "average".

Tropes for this series include