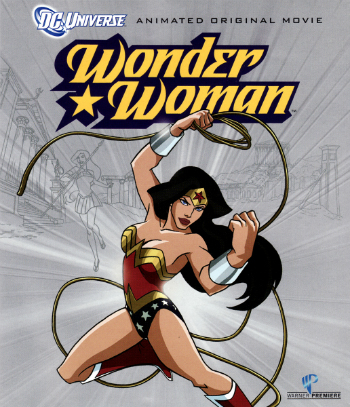 Wonder Woman is an animated film from 2009 and part of the DC Universe Animated Original Movies line, involving a kind of Superhero Origin for the title character. It stars Felicity's Keri Russell as Diana/Wonder Woman, and Firefly's Nathan Fillion as Steve Trevor. The film involves Diana's first venture into the outside world in order to stop Ares, the Greek god of war, from gaining all the powers of Olympus and using them to destroy the world.

Along the way, she is helped by Steve Trevor, and the two become involved in a somewhat complicated partnership whilst trying to track down Ares.