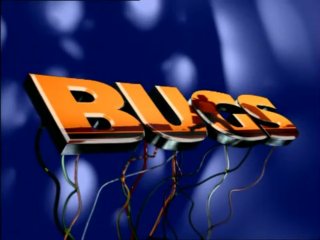 Pretty wires, and running around with briefcases. The show in a nutshell.
Advertisement:

Bugs is a mid-1990s British techno-espionage TV series, intended to be The Avengers (1960s) for a new decade. Wikipedia has the facts

. Absolutely laden with Hollywood Science tropes, and quite prone to So Bad, It's Good.

It died out pretty horribly due to awkward soap-opera elements being forced in. The fourth series in particular was half-dead from the start and only made worse by poor scheduling.