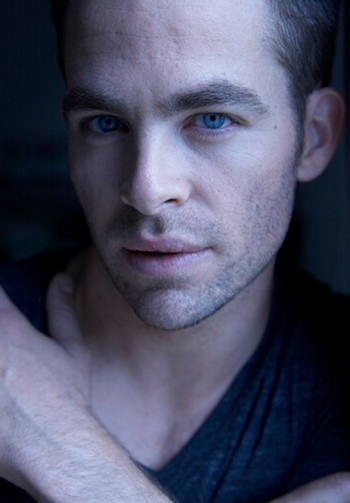 Born in Los Angeles to actor parents Robert Pine and Gwynne Gilford, Pine was studying English at Berkeley when finally bitten by the acting bug. Prior to his breakout role as Captain James T. Kirk in Star Trek (2009), Pine played mostly in romantic comedies, leading fandom to be initially wary of his casting. However, his performance in the film received accolades from critics and fans alike as well as the enthusiastic endorsement of William Shatner himself.

Examples of tropes in fiction: