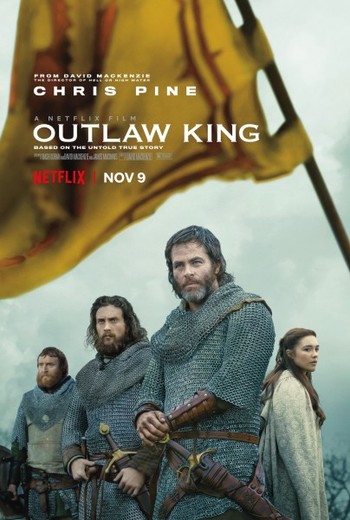 "You can fight for God, for country, for family. I do not care, so long as you FIGHT!"
Advertisement:

Outlaw King is a 2018 historical film directed by David Mackenzie.

It tells the story of Robert the Bruce, who transforms from defeated nobleman to outlaw hero during the oppressive occupation of early 14th century Scotland by Edward I. Despite grave consequences, Robert seizes the Scottish crown and rallies an impassioned group of men to fight back against the mighty army of the tyrannical king of England and his volatile son Edward, the Prince of Wales.

The film was released on Netflix and in selected theaters on November 9, 2018.