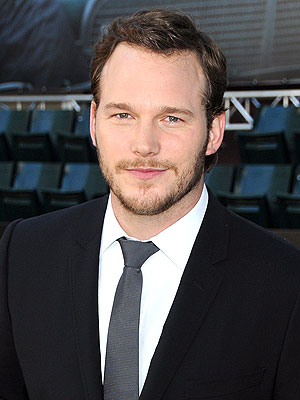 He's so cool!
"Christopher Pratt is one the most beautiful creations of Mother Nature's that I have countenanced in my lifetime. Whether the bear is lean from the winter or fattened by sweet summer berries and springtime salmon, it makes me no never mind in the love I bear for him. He's still a magnificent beast."
—Nick Offerman in this Reddit AMA

Pratt started his career as an unknown on television, notably in Everwood and Parks and Recreation. In addition, he had supporting roles in romantic movies like her and Bride Wars. It was not until 2014, when he was cast as Peter Quill / Star-Lord in Guardians of the Galaxy, that he started to earn greater roles in later Hollywood films like Jurassic World and Passengers. Since then, he became one of the most popular actors working in Hollywood today, alongside being recognized for his down-to-earth Nice Guy personality and outspoken religious piety, which has resulted in mixed opinions from fans and critics.

He was married to Anna Faris for eight years before they filed for separation, and later for divorce. In June 2019, he married Katherine Schwarzenegger, daughter of Arnold Schwarzenegger.

Macklin... you son of a bitch...
Feedback