Series / I Am the Night 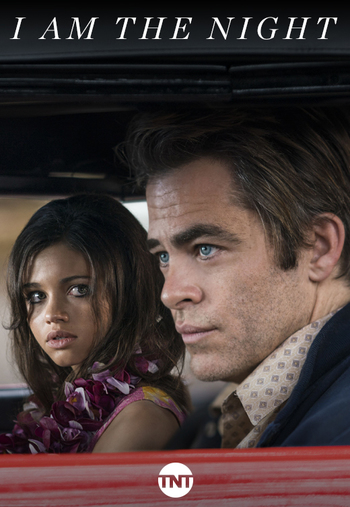 "I'm gonna find out everything, and I don't care what it breaks."
Advertisement:

I Am the Night is a limited mystery series in six episodes directed by Patty Jenkins, Victoria Mahoney and Carl Franklin. It first aired on TNT in 2019.

The story follows 15-years old Fauna Hodel (India Eisley), who was given away by her teenage birth mother to a black restroom attendant in a Nevada casino in 1949. As she begins to investigate the secrets to her past, she follows a sinister trail that swirls closer to an infamous Hollywood gynecologist, Dr. George Hill Hodel, who was involved in the murder of Elizabeth Short in Los Angeles in 1947, also known as the "Black Dahlia" case.

I Am the Night provides examples of: