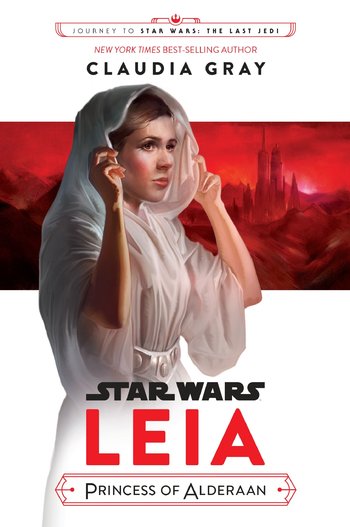 A long time ago in a galaxy far, far away... There was a princess who became a legend.
Advertisement:

Leia, Princess of Alderaan is a young adult novel in the Star Wars Expanded Universe, written by Claudia Gray, who had previously written Lost Stars and Bloodline. It was released as a part of the multimedia promotional project, Journey to Star Wars: The Last Jedi.

The story delves into Leia Organa's life and relationship to her adoptive family, House Organa, as she grows into a leader of what will soon become the Rebellion.

It was released on September 1st, 2017, along with Phasma, as a part of that year's synchronized release of Star Wars merchandise known as Force Friday.

On May 4th, 2018, it received a manga adaptation on the LINE app, like Lost Stars before it.