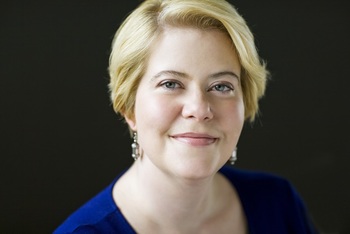 Claudia Gray (real name Amy Vincent) is an American author specializing mainly in young adult fiction, in particular paranormal romance and science fiction. Her best known works include the Evernight series and a number of Star Wars novels and short stories set in the Star Wars Expanded Universe, including prequels to The Force Awakens and a prequel focusing on Princess Leia prior A New Hope.

Works of Claudia Gray with their own pages include: