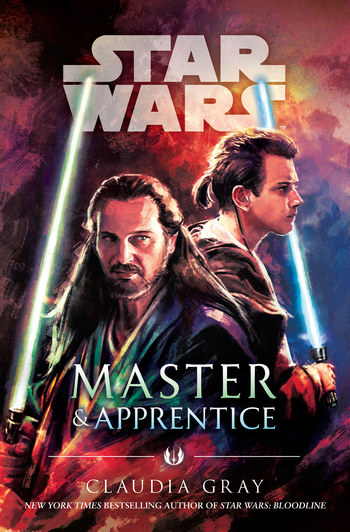 The book is about Obi-Wan Kenobi's apprenticeship with his Master Qui-Gon Jinn, and as such is set prior to The Phantom Menace.

Qui-Gon Jinn and Obi-Wan Kenobi have never exactly got on well as master and apprentice, and their relationship faces a new test when Jinn receives a surprising offer: an invitation to join the Jedi Council. However, before either can properly face the matter, they are sent on a crucial mission, an investigation into terrorist attacks on the planet Pijal in the lead-up the coronation of the planet's new queen, Fanry. Complicating the issue is that the planet's current regent is Rael Averross, a Jedi of unusual tendencies and a dark past who, like Jinn, once trained under Dooku.